What does it mean to resolve (or explain) a paradox?

Explanation of the Coin rotation paradox:

The moving coin completes one full revolution after only going half the way around the stationary coin.

Start with two identical coins touching each other on a table, and oriented the same way.

This is not a paradox, but a useful example for explaining simple relativity.

Movement (in our case rotation) has meaning only when defined with respect to a system of reference.

We spontaneously tend to choose ourselves, or the room, the table, our eyes, or the eagle coin, as the system of reference, which is case a), below.

However, this is only one of the possible choices:

a) If the system of reference chosen is the eagle coin, then the head coin rotates a complete turn, from facing the eagle to facing away from the eagle.

b) If the system of reference chosen is the head coin, then the eagle coin rotates a complete turn, from the left, to the right.

This could be better verified if you place the coins in a small table and ask a friend to rotate the head coin, while you are moving around the table one complete turn, synchronously with the head coin.

What remains constant, in all cases, is the apparent movement of the contact point: it moves along both coins along the top half of the edge of both coins (i.e. half the circumference of each coin).

If you continued the rotation for an additional equal amount, the contact point would reach the original position, having traveled one full circumference in both coins. At that point both coins would be in the original relative position.

1. Explanation of the 'Achilles and the tortoise' paradox, attributed to Zeno:

An introduction to this 'paradox' is at: https://en.wikipedia.org/wiki/Zeno%27s_paradoxes

We need to note that Zeno's proposition invites the solver to do a series of steps each time changing his system of reference:

The starting system of reference,

then the new system of reference where Achilles has reached the point where the tortoise started,

then again a new point where the tortoise was, etc.,

every time essentially re-creating the original problem at a smaller scale.

That is, any problem must be solved using one system of reference.

The solution of Zeno's paradox can be summarized by the following statement:

"Zeno proposes observing the race only up to a certain point in spacetime and then he asks us to stop and restart observing the race using a different system of reference.
This procedure violates the principles of general relativity, thus it is incorrect and must be rejected."

Similarly, you cannot use English measures and in the middle of calculations switch to metric measures. 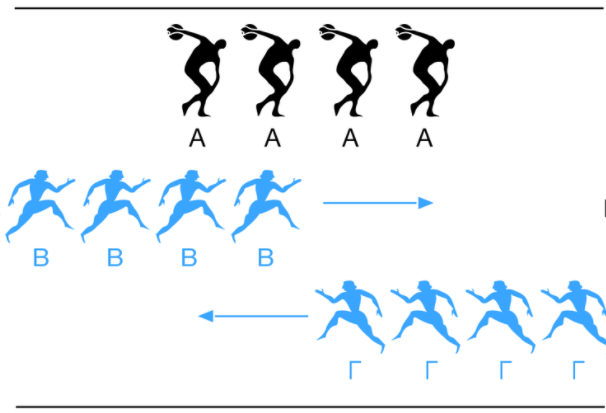 Zeno uses the same trick, a change of the system of reference, in the moving rows paradox.

Then he compares the speed at which the same second row of bodies are passing the third row of bodies,
using the system of reference of the moving row, and this speed is: 2v.

In the arrow paradox, Zeno uses the example of an arrow in flight. He states that for motion to occur, the arrow must change the position which it occupies, but for every such position we see no motion, thus motion does not exist.

Modern formulation: (See: https://bit.ly/2v30Q8X) "If everything is motionless at every instant, and time is entirely composed of instants, then motion is impossible."

As reported by Aristotle: "If everything when it occupies an equal space is at rest,
and if that which is in locomotion is always occupying such a space at any moment,
the flying arrow is therefore motionless."

The concept of infinity helps us with mathematical functions “at the limit”, but it is possibly confusing when, in the physical world, we need to evaluate motion (from point A to point B) or speed (an interval of space divided an interval of time).

The term infinite means “not finite”.

A finite interval (of space, or time), can be thought of as the sum of a finite number of very small intervals, as small as we want (infinitesimal), but each with its own dimension.

Conversely, an infinite number, of dimensionless points or instants cannot add up to a finite interval(1).

In the first case, we can calculate the intervals of space and time, thus we can evaluate motion and speed. In the second case, we can’t.

Zeno, in Aristotle’s words, asks us to use the concept of a dimensionless(2) instant to imagine the arrow “at rest”. We can imagine such a snapshot of the arrow, but we cannot evaluate its state of motion.

In other words, by looking only at that dimensionless instant, without measurements of time and space, we cannot evaluate if, or in which direction, the arrow may be moving.

However, Zeno suggests that we could evaluate the arrow’s locomotion at any such moment and declare it motionless. Thus, Zeno’s syllogism breaks down.

We could explain this contradiction to Zeno a bit more figuratively: We distinguish between a snapshot of the arrow, taken at one instant in time, and the arrow it depicts.

Zeno transfers the motionlessness we observe on the snapshot of the arrow, to the arrow that is the subject of the snapshot. This is not a valid logic operation, at any time.

Now, Zeno may respond that he knows nothing about photography, and that he is talking about the real arrow, as we imagine it in a dimensionless instant in time.

We can then respond by saying that, if we are given information about an arrow in a dimensionless instant, and no other space/time information, we cannot say that the arrow is motionless, even if we can imagine it motionless.

NOTES:
(1) An infinite series can never complete, and form a finite interval. It can converge, or get arbitrarily close to, but not actually equal a finite sum.
(2) If that instant had measurable dimensions, we could measure the corresponding intervals of space and time, and calculate the speed of the arrow, invalidating the premise.

We are shown two envelopes: One envelope contains twice as much money as the other.

Having chosen one envelope, before inspecting it, we are given a chance to take the other envelope instead.

It would appear that it is to our advantage to switch envelopes if we reason as follows:

We know that the above reasoning is wrong, because after switching envelopes we could use the same reasoning to switch the envelopes again!

So, how do we solve this apparent paradox?

You may want to think about it, before reading any further.

We do not know the amount on the selected envelope. However, we know that the total amount in both envelopes is fixed and pre-established.

We can suppose that our selected envelope contains any amount (e.g., $20).

The key point is that the two totals cannot be true at the same time.

Thus each hypothetical scenario must be analyzed separately, and not as in points 3. and 4. above.

In both cases, by switching the envelope, we may gain or we may lose $10.

In both cases, by switching the envelope, we may gain or we may lose $20.

Thus, in both scenarios, there is no probabilistic advantage in switching envelopes.

Explanation of the Bentley paradox:

An introduction to this 'paradox' is at: https://en.wikipedia.org/wiki/Bentley%27s_paradox 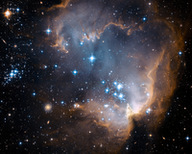 This would be true only if the (observable) universe, as a whole, would be without inherent motion, with respect to a 'bigger' universe.

However, if the observable universe, just like a solar system or a galaxy, is also rotating, then Bentleys assumption does not apply.

The explanation of a rotating observable universe is consistent with the "black hole" or "multiverse" cosmological models.

Explanation of the Fermi paradox:

Enrico Fermi realized that due to the sheer number of stars and planets in our galaxy, another civilization in the universe would have had enough time to colonize our entire galaxy and leave an imprint that we could detect. This seems to be logical. Why then we have not seen any such evidence?

An introduction to this 'paradox' is at: https://www.seti.org/seti-institute/project/details/fermi-paradox and https://www.youtube.com/watch?v=sNhhvQGsMEc

A basic assumption of the paradox is unfounded: The Fermi paradox formulation, and the Drake equations, assume that finding a habitable planet, as far as environmental conditions, implies finding life on those planets with a certain probability.

However, the Fermi paradox formulation considers space, matter and time for colonization, without considering the time necessary for life to randomly form anywhere.

With simple probability math, we can calculate the minimum time necessary for the simplest bacterium to develop by random mutations. If such random mutations happen once a second, that time would be more than 1020 seconds. This is assuming the best environmental conditions in a particular “spot” in spacetime. See:

The problem is that, according to today’s best scientific knowledge, the observable universe is less than 1018 seconds old.

Random mutations are the only mechanism proposed so far (if we exclude intelligent design) for the evolution of life.

Thus, given the age of the universe and our current scientific knowledge, we conclude that even the simplest bacterium could not have developed anywhere in the observable universe; far less higher forms of life traveling around in spaceships.